This is an interesting film that I want to thank Ramses over at www. thyblackman.com for linking me on to. I want to say that there are certain things i take umbrage with in this film and it surrounds the age old lie that there are more females graduating and IN college than males. Janks Morton in his documentary Hoodwinked exploded this lie, when he broke down how Yurugu create this cottage industry and we buy into it. We need to quit that shit and face the fact that the males and females i our community are growing apart because we have lost respect for each other and we are too proud and stiff necked to see the forest because we are so damn fixated on the tree…ONE damn tree, which is our own selfishness.

In the film one female asked should I settle for less…wtf? Less what? A one legged, snaggle tooth troglodyte?  Define less? You have a college degree and I don’t that makes me less? You make $70,000 per year and i make 42, that makes me less? We are putting monetary worth on relationships. These kind of things have a name in the back of certain magazines. 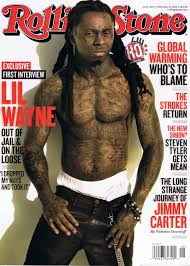 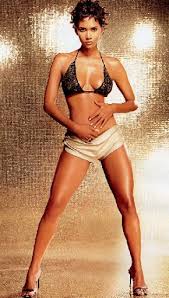 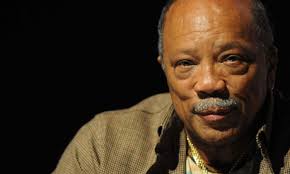 Know any one else that fit in one of these categories? Submit suggestions….

How many men do you , my readers know have gone through this? Not only is this a big stinking poke in your eye if you get it wrong, but how can a female say she doesn’t know? In a precious post I spoke about paternity fraud, yet men continue to foot the bill for females who can’t keep their legs closed and who lie about which sperm was donated to the child.

Child Support Garnished, but He’s Not the Father!

Woman Stole Sperm, Got Pregnant with Twins, and Then Sues for Child Support

Of lately I have been going in hard on certain types of females that do a lot of fuckery, yet bitch and whine about the harsh  responses hey get to their juvenile and hypocritical behaviour  I intend to go in harder over the next little while, not because of any hatred for females, but to quote Fannie Lou Hamer….. “I’m Sick and Tired of Being Sick and Tired”….of the double standards and enabling that we as a society provide as an out for the out of control behaviour of certain segments of this society, often held up as normalcy. Of course I save my vitriol for those of my community that often seek to get buck wild with their foolishness, seeking social acceptance from their white daddies or from those in the community that sees nothing wrong with stupid bullshit. Any intelligent adult will tell you that a child needs rules and regulation in the beginning in order to better navigate the minefield of life. If we don’t have social rules and regulation to guide our behaviour, we descend into chaos. This has been proven for older societies that have thrived, yet the minute they relax the rules and regulation, they start a long slide into obscurity. How much more rules and regulation then should an immature adult receives if they develop a propensity to commit self destructive and socially deflating acts, while expecting absolving from others. I go in hard on those who allow people to frame themselves as hood rat, ghetto, several kinds of bitches and ho’s, or allow these names to be banded around at them.

The Story of Feminism– as told by WOMEN

But I go into this to let these females know that real men hold them to a higher standard and they should hold themselves to a higher standard.  Now I am not talking about the artificial fronting that females do…i.e, “I am a top shelf bitch” or “I am a dime” kind of nonsense. I am talking about wife material, being the queen and goddess you profess to be, by your character and acts and not just talking shit.  Of lately though I find myself getting more irritated with those emasculated nukas, that fit the stereotypes that females despise. Those degenerate that will kiss a trifling female’s ass to curry favour or in hopes of getting some Yoni, that in the end turns out to be floor level products instead of top shelf. These nukas abdicate their position and role as protectors, leaders and providers of the family and community and would instead take advantage of desperate, emotionally stunted females to satisfy their own sick perverted self depreciating personalities. They are the dusty, thug living, under cover homosexual acting, driving miss daisy wishing, gash men, whose idea of manhood is how many pussy they can run up in and make bleed. O how many baby mothers they can notch up on their pistol.

Emasculated males reinforcing their own emasculation

MEN and WOMEN, this is the result of removing the male authority from society and replacing it with closeted  homosexual, metro-sexual dick-less, spineless, bags of sully putty.