NWA GOT THEY MOVIE STRAIGHT OUT OF COMPTON!!! NOW THEY NEED THERES!!! CALL THE POWER!!!….Shango Haru Oya Ptah‎K MT Productions

Until the lion has his or her own storyteller, the hunter will always have the best part of the story

My spybook family asked a very pertinent question. But you know, they won’t even do a film on Public Enemy. So how they hell they gonna do a film about X-Clan. not even gonna expect knee-grows to do it, because the idea of Gorilla movie making in the vain of the early Spike Lee..She’s got to have it, Mattie Rich’s straight out of Brooklyn, Charles Lane’s Side walk story or any of Charles Burnett’s independent gems, will be difficult to create when art is trumped by dollar signs and wanting likes. 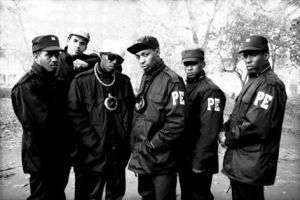 Its gonna be hard to find even the most trifling of knee-grows to play Chuck D or professor Griff. Or professor X and Grand Verbalizer. I am sure their would be a line up to play Flava Flav though….yeeeah! boyeee!

to Sleep with anger

She’s got to have it

6 thoughts on “Until the Lion has his her own story…”