Objectify: To degrade to the status of a mere object. To give expression to (as an abstract notion, feeling, or ideal) in a form that can be experienced by others.

The concept of sexual objectification, in particular of women, is the driving force beyond all feminist theory and the psychology behind feminism. Under feminism, it plays an important role in their ideology of “gender inequality”. Lost in all the feminist noise though is the failure to address how an increasing number of modern women who objectify themselves as an expression of their imaginary empowerment. Even while they also objectify themselves for attention or to “FEEL” empowered.

Where does the line end between sexuality and starts at exploitation?

Female sexual objectification by a male involves a woman being viewed primarily as an object of male sexual desire, and not as a whole person. Intellectually, morally and character wise.  Although opinions differ as to which situations are objectionable; some feminists see the objectification of women taking place in the sexually oriented depictions of women in advertising and media, showing women being portrayed as weak or submissive through pornography, images in more mainstream media such as advertising and art, stripping and prostitution.  Men brazenly evaluating or judging women sexually or aesthetically in public spaces and events, such as beauty contests, and the presumed need for cosmetic surgery.

Particular surgeries such as breast enlargement and labiaplasty or sewing up the hymen in a new trend called born again virgin. Objectification in the media can range from subtle forms, such as the lack of main female characters in film, to very explicit forms such as highly sexualized dialogue and provocatively dressed female characters.

Some feminists and psychologists argue that sexual objectification can lead to negative psychological effects including eating disorders,depression and sexual dysfunction, and can give women negative self-images because of the belief that their intelligence and competence are currently not being, nor will ever be, acknowledged by society.

Some have argued that the feminist movement itself has contributed to the problem of the sexual objectification of women by pushing for an end to the so-called oppressive patriarchal marriage and promoting “free love” (i.e. women choosing to have non-reproductive, recreational sex outside of marriage and for their own pleasure). Such promotion has increased the average number of multiple sexual partners for men, which in turn has caused some men to devalue sex, which in turn has caused men who objectify women to devalue women. One study found that men exposed to media content in which women were objectified were more likely to accept those behaviors than men who were exposed to content where women were not objectified.

How objectification has affected women and society in general is a topic of academic debate, with some saying girls’ understanding of the importance of appearance in society may contribute to feelings of fear, shame, and disgust during the transition to womanhood, and others saying that young women are especially susceptible to objectification, as they are often taught that power, respect, and wealth can be derived from one’s outward appearance and sexually suggestive behavior. Mass media and advertising that promotes the objectification of women goes very far in promoting goods and services. Even such things as bubble gum, cars and grocery shopping.

The objection to the objectification of women is not a recent phenomenon. In the French Enlightenment, for example, there was a debate as to whether a woman’s breasts were merely a sensual enticement or rather a natural gift. In Alexandre Guillaume Mouslier de Moissy’s 1771 play The True Mother (La Vraie Mère), the title character rebukes her husband for treating her as merely an object for his sexual gratification: “Are your senses so gross as to look on these breasts – the respectable treasures of nature – as merely an embellishment, destined to ornament the chest of women?”

Western women who exploit their sexuality by  wearing revealing clothing and engaging in lewd behavior, engage in female self-objectification, meaning they objectify themselves. While some women see such behavior as a form of empowerment, It has led to greater emphasis on a physical criterion or sexualization of women’s perceived self-worth. The book Female Chauvinist Pigs: Women and the Rise of Raunch Culture,  details this particular phenomenon. Author Ariel Levy followed the camera crew from the Girls Gone Wild video series, and argues that contemporary America’s sexualized culture not only objectified women, it encourages women to objectify themselves. In today’s culture, Levy writes, the idea of a woman participating in a wet T-shirt contest or being comfortable watching explicit pornography has become a symbol of “feminist strength”. 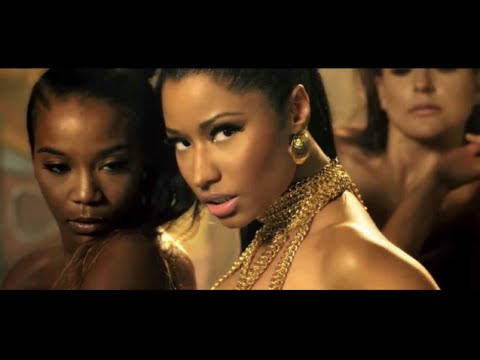 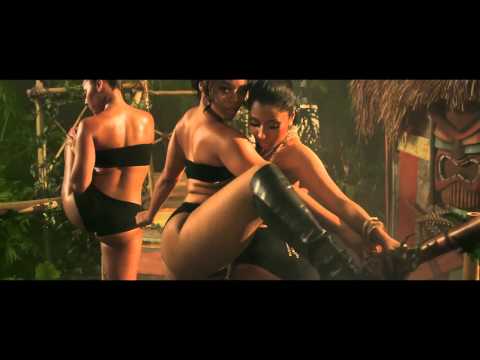 Radical feminists view objectification as playing a central role in reducing women to what they refer to as the “oppressed sex class”. While some feminists view mass media in societies that they argue are patriarchal to be objectifying, they often focus on pornography as playing an egregious role in habituating men to objectify women.

Others contest feminist claims about the objectification of women. holds that “Turning people into sex objects is one of the specialties of our species.” In her view, objectification is closely tied to (and may even be identical with) the highest human faculties toward conceptualization and aesthetics. Individualist feminist Wendy McElroy says, given that ‘objectification’ of women means to make women into sexual objects; it is meaningless because, ‘sexual objects’, taken literally, means nothing because inanimate objects do not have sexuality. She continues that women are their bodies as well as their minds and souls, and so focusing on a single aspect should not be “degrading.

Male actors featured in TV shows and movies are oftentimes in excellent shape and have the “ideal” bodies. These men often fill the leading roles. When society is subjected to men who do not have ideal bodies, we typically see them as the comic relief. It is rare to see an out of shape man have a leading role. “There are temporal, cultural and geographical ‘norms’ of gender and other aspects of identity, which are often incorrectly considered to be inherent or natural.”

In the media, the ideal version of a man is seen as a strong, toned man, with a feminine or androgynous look. The idealized version of a woman is often thin. Although of lately, a push to promote overweight women as another image of femininity, media still promotes the male image as that buff, feminine looking or androgynous look. The concept of body evaluation is more common in criticizing women. Social media is one of the biggest culprit in the objectification of women and increasingly men, as both genders compete to see who can show off their assets for likes. With homosexuality now out of the closet and firmly entrenched in our social and cultural experiences, sexual objectification has moved from mainly the female bodies, to the effeminate male look, to adolescent look.  Women and men are now being chosen not so much for their adult images, but how much they look as adolescent as possible. Still, the most pervading image of women in the fashion industry looking like little boys with pre-adult bodies, while the males look like weird-looking female like things, continue to be some of the more lasting images, burned into the retina of those of us who are concerned about where all this sexualization is going.

Social media modeling and self objectification, for one, has achieved what big advertisement probably never envisioned, but surely can take credit for. A run-a-way sense of self aggrandized and utterly ridiculousness, akin to Dr. Frankensteins monster taking on a life of its own and preempting the dr.’s own future experimentations.

With so many children going missing, sexually assaulted, sexually prepositioned by strangers. Stories of women AND now men, meeting up on Internet dating sites, only to be robbed, assaulted, murdered or raped, it seems the pendulum of sexual objectification has reached a point where it either swings back to conservatism, or continue forward, straining the line that hold the pendulum, causing it to break and fly off into the horizon.  Society’s moral; compass is the pendulum and the swing is where we are in our view of sex, a healthy sexuality and sexual objectification and gratification.