Veneration is showing great respect and reverence.  Reverence is another name for respect. So to show both reverence AND respect doubles up on the intensity of honor being showed.

Worship is the feeling or expression of reverence and adoration for a “deity”.

In modern African culture, including those in the diaspora and other cultures that were dismantled by Euro aggression and violence; among those that still retain elements of overstanding, there is a distinct difference between the veneration of the ancestral energies and the worshipping of them as if they were deities.

Energy is considered the life force that binds the soul to the body. In this concept, the soul is itself everlasting. There is no difference, according to modern science, between the energies that animates a sentient body and that which illuminates a light bulb.

The idea of energies….. of a family member or “ancestor”, occupying spaces where we live, is a subject long studied by the ancient and modern scientists.

Both have concluded that this is real and many of us…in tuned or otherwise…are affected in some way by residual energies of the departed. Documented stories and even videos, of people communing with the departed is real.  Despite what the sceptics will say.

The European worldview understanding of ancestral energies, are clouded by their deification or worship of imaginary beings that show human traits. These are beings that can be and have been overthrown and killed by mankind…the beings so-called progeny.

The African worldview overstanding of ancestral energies are clear in their veneration of those departed energies that show hue-man traits. But these energies can neither be overthrown or killed. Because these energies are not just part of the ancestral presence, they are part of is and is the very thing we call nature (NTR).

Because energies are mutable as well as indestructible.

After all….WE are of the same energy matrix. Which is why we tend to feel the effects deeper and stronger.  We venerated our ancestors, who always try to share certain messages they either left with or can see from the realm they occupy. The veneration doesn’t just include honoring their memories and deeds, but also learn from the message they pass on through hue-man conduits.

Conduits are channels for conveying water or energies. Such hue-man conduits are experts at being the channel by which the departed speaks to us. Without these conduits and messages, hue-man and mankind for want of a more sophisticated term….screw shit up.

We screw shit up because we fail to heed the warnings and end up angering those energies that constantly try to guide us. Spiritual and natural Imbalance occurs with the energies inside us and around us. The universe runs on a set of principles that appear chaotic to our limited understanding, but is really balanced.

Thus one of the ways we show the energies that we over stand is to first venerate them honor them. In this way we become open and accepting of the messages they pass through their chosen conduits. 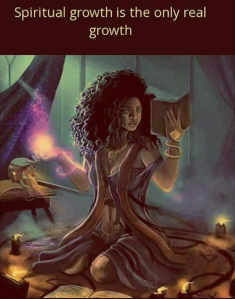 Ancestral veneration has been purposely retooled as ancestor worship by the cave savages after invading and decimating the entire continent of Afrika. On the surface and through conditioning under white pathology, the two are often co-mingled as one and the same. But this is not so!

There are many in this world who have learned how to manipulate the energies to do harm to others and eventually end up harming themselves,  because of the build up of misused energies.

The above simplified explanation of the energies and how they are to be used, is part of the over all concept that lies in ancestral veneration. If we could overlook the label called Vodun, Obeah or such; and concentrate on his explanation of how energies exist in all things, we then begin to overstand why it’s necessary to have complete respect for nature.

Ancestral veneration is also more than just a ritual. It, as the honored Marimba Ani stated, “a political act”, that presents the ancestors as a definition of our connectedness as a people, to each other and our cultural origins. Our original culture tells us who we are (identity) and why we are (our purpose).

Being as one with our culture, indicates that we are not individuals, but a collective, a group, a family. The culture seeds and nurtures the asili,. The asili is the life force which is the basis of us as a people. 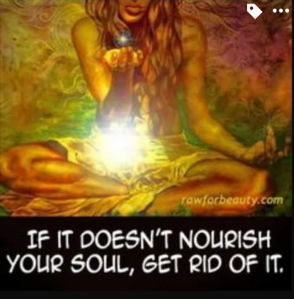 It is because we have turned away from our cultural practice of venerating the ancestors, why so much angst, violence, psychic pain and over all destruction befalls us. Then of course there are some who willingly turn away from ancestral veneration by using the knowledge to do evil. Those people help to invoke further calamities from nature. Further compounding the calamities already here, due to our ignorant meanderings on the planet.

Mankind has taught us to worship the ancestral energies as something to be manipulated for OUR own personal agenda. There are those who lack the status of conduits, but who manipulate people’s emotions, taking their monies and selling them “false good” on purpose. There are those with the status of conduit that have chosen to deviate from a place of humility ad drunk with the possibility of power, play a more dangerous game where people’s emotions are not only played with,  but they play around with the shifting of energies,  manipulating them for harm.

Gross Materialism, out sized vanity, selfishness,  reckless living are some of the many ills that have befallen us, because we have gone away from the pure message the ancestors are trying to share with us. Today the  Afrikan has become a me centric people, which is completely against our cultural paradigm of “i am because we are”.

This me centrism makes us manipulative, contentious, arrogant,  selfish, foolish and self destructive. Oh… how we have become self-destructive. To others… but most alarmingly to ourselves. We have either lost the ability to seek guidance from the ancestral plain or we have refused the guidance because the road to self ruin is paved with gold and lit with bright lights.

Many have chosen a short life of hype followed by a long life of terrible “hangover”. This is what failing to venerate the ancestors through their guidance has wrought.

The power lies with in each of us.  The power of righteousness. But due to the Ma’afa and colonialism, we have lost the ability to access it and have lost any interest or care at all, in honoring the “righteousness” of that power.

There is more i will say on the topic, but for now i will let Winston Hubert McIntosh explain what happens when people mess with the energies.

2 thoughts on “The sublime powers of the ancestors”