Holly weird and how it treats Africans

Over the summer August 12th, 2011, to be exact, a movie came out about maids in Caucasian homes in Jackson Mississippi. This is the type of movie that Hollywood loves to put out as examples of Caucasian and Africans living in harmony, or Africans that Caucasians like to watch. Well movies like this and Monsters ball, and training day and color purple and lilies of the field, and gone with the wind and riding… i mean driving miss daisy etc, etc. Viola Davis was named best actress the  movie  “The Help,” and is one that vehemently defended the roles of the women in the movie. How much more nigger movies can we watch before we say enough is enough? i mean sure, even today we have helps in Caucasians home taking care of their towheads and cleaning up after the family. Yes, there are knee-grow women who like Halley Barry willingly give up the punnany to the lest attractive of Caucasian men because her self hate is so deep.

Yes there are movies of us degrading ourselves, often without direct in put from the system, but really, how long can we watch this imbalance of depiction of African story being told by non Africans and still cheer in the theaters? Sidney Poitier is considered our greatest actor, based on the type of movies he did when none other was given similar roles. Yet he won an award for… lilies of the field. Denzil Washington, arguably the best of this generation, with a track record including X, a soldiers story won awards for training day and glory. Okay I will give you Jamie Fox for Ray and Louis Gossett Jr. for an officer and gentleman, those where badass depictions, but Forest Whitaker for the Last King of Scotland? Morgan Freeman, in the running with Denzil Washington as our standard bearer as our most versatile African actors… for million dollar babe? Forget Cuba Gooden Jr. Just forget him please. 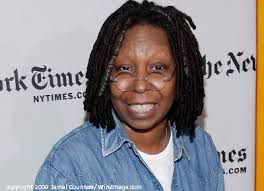 Now the sisters get even less love in this department, Hattie MacDonald-Gone with the Wind, Whoopi Goldberg for Ghost, Jennifer Hudson and Monique?. Except for Fox’s and Gossett Jr’s roles, all the others depicted African people as helps, helpless, weak, crazy or corrupt. How come Denzil never won for Malcolm X? How come Angela never won for Ike and Tina Turner? 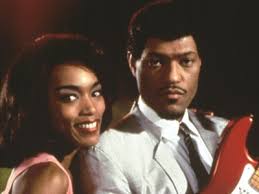 Two years ago I lost a friend in a plane crash. He died doing what he loved. This brother was tight with me since grade 11 in high school. He was a pilot trainer, who trained men and women for major air lines. He was fired from a Major Airline in Toronto for the audacity of bringing in too much African people into areas designated for “whites” only. Shortly before he died, he and I were working on bringing flight training to depressed communities, as a way to buck stereotypes and offer an opportunity for those too poor, or disinterested to see it. He had set up an institution giving respect to the Tuskegee air men and though he had some conflict with the members of the original airmen (they thought he was pimping their names), he tried to work with them. Specifically around selling their story to major Hollywood studios. My friend felt that a non African will not give the story the necessary weight it deserved, however, George Lucas bought the rights, but wasn’t able to put the film out until the last remaining opposition to him died. Now Red Tails is rock em, sock em, star wars like action thriller. Not the sober tale of perseverance and dignity against all odds these brave men endured fighting and dying for a country that hated them. A review of the movie sans the pom pom waving can be read here

The reason Carter G Woodson initiated the negro history week celebration was for us to tell our own stories. yet we are so week minded that we still have the oppressor telling or own story, while we play a bit part in it. This is why cats like spike lee gets a failure mark, after bawling so much about being included in hollyweird’s unholy chambers, as soon as he got in he has dropped the ball on being the Oscar Micheaux of his generation. In turn he attacks Tyler Perry for dressing up as a woman and his telling of our story. But at least Perry is his own man. And that’s where we need to start.
______________________________________________________

A tribute to Oscar Micheaux