his article details how Yurugu went out of their way to try and break down this man in order to lift up Andrew Luck ahead of the NFL draft. It’s not like they love or even like this young man, but we expect this from “white supremacy”. However, “white supremacy” will have clowns like Rob  Parker to do what they are too sly to do. Attack him for being with a Caucasian female. This is the crux of the matter. Now I am at the stage of my life, I have moved away from this reactionary overtly emotional tunnel vision outlook on people’s choice of complement.  With Parker’s comments regarding RG3’s white fiance and his possibly being a republican we can deduce he has an issue with both. Meaning he doesn’t totally approve of an “interracial relationship” and is most likely a democrat. Now I would bet you $100 that this clown nuka is probably a supporter of Obama. Barrack, formally Barry, the  second “black president” you love so much.Obama is the product of the same so called international relationship. Does he realize that Obama wouldn’t exist without a  relationship similar to what RG3 is engage in now?

Rob Parker is a perfect example of a mangina, pussy simping nuka, whose purpose is to cater to stupidity and the agenda of “white supremacy” and some knee-grow females who have the knee-grow bed wench syndrome . We accept half breeds for being black but go off on the half breeds father fro hooking up with the half-breeds mother. Why are we so fucking stupid and willing to get excited over things less important than what they need to follow.  How many of us are concerned about and doing anything about the fratricidal genocide in our community? How many of us know that there were African children in the latest school shooting, yet only see Caucasian children on the tel-lie-vision? How many of us are concerned that more African men are murdered by the police than in Afghanistan and Iraq since Daddy bush was in office? But we are worried about who an athlete…an athlete is sleeping with? This isn’t the time of Jim Brown and and the brothers who defended Muhammad Ali. This is not John Carlos and Tommy Smith. These are the times when selfishness and whoring for money takes precedent over ethnic pride and community work. 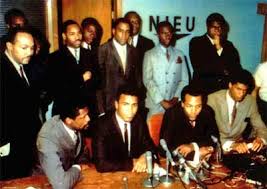 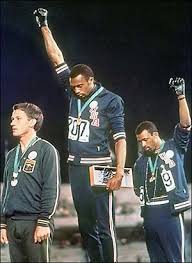 Simps and mangina’s like Rob Parker enable the hatred of interracial relationship, lying and bullshitting about available men, when statistics show the opposite. I will put it here again.

What this statistics shows is that we are not marrying each other on the scale of Caucasians. Because we are shacking up or maybe because we are not participating in the traditional Eurocentric Christian celebration of coming together. Some of us are Muslims you know, many of us are engaging in traditional African ceremonies without involving shitty hall and being registered like a damn product. I am not an advocate of any European tradition over an African one. And that includes the modern marriage, however, there is a rise in single mother statistics in our community. I am not just talking about divorces, I am talking about the idea that knee-grow females are having babies much more than they abort them, but never finding out for sure if the man they sleeping with his worth having sex with much less having a baby for. I say Rob Parker is a mangina because outside of the Africentric community, most of us men, would care less who he was sleeping with. Hell we have relaxed our belief around homosexuality, yet for some reason this is more outrageous? As i wrote on one face book page I only care about people who would ride with me. The shortage of “good black men” insanity and media-propaganda has now run-it’s-course!!! Knee-grow females can’t find a so called good man is because they are not good themselves and have some f the lowest standard this side of a barnyard.

RG3 is not Malcolm X, Fred Hampton or Marcus Garvey. He is an athlete, an obviously nice person, but a tool for the corporate machine similar to Chad Johnson, Lebron James, Jay Z, Nikki Minaj and a host of other paid circus performers. How about we squash this nonsense and work to raise strong African men instead of trying to fix broken ones like Chief Keife, Lil Wayne and half dollar (50 cents)

While you are meditating on this post check out this image…maybe this needs to be discussed more than RG3 and his companion.